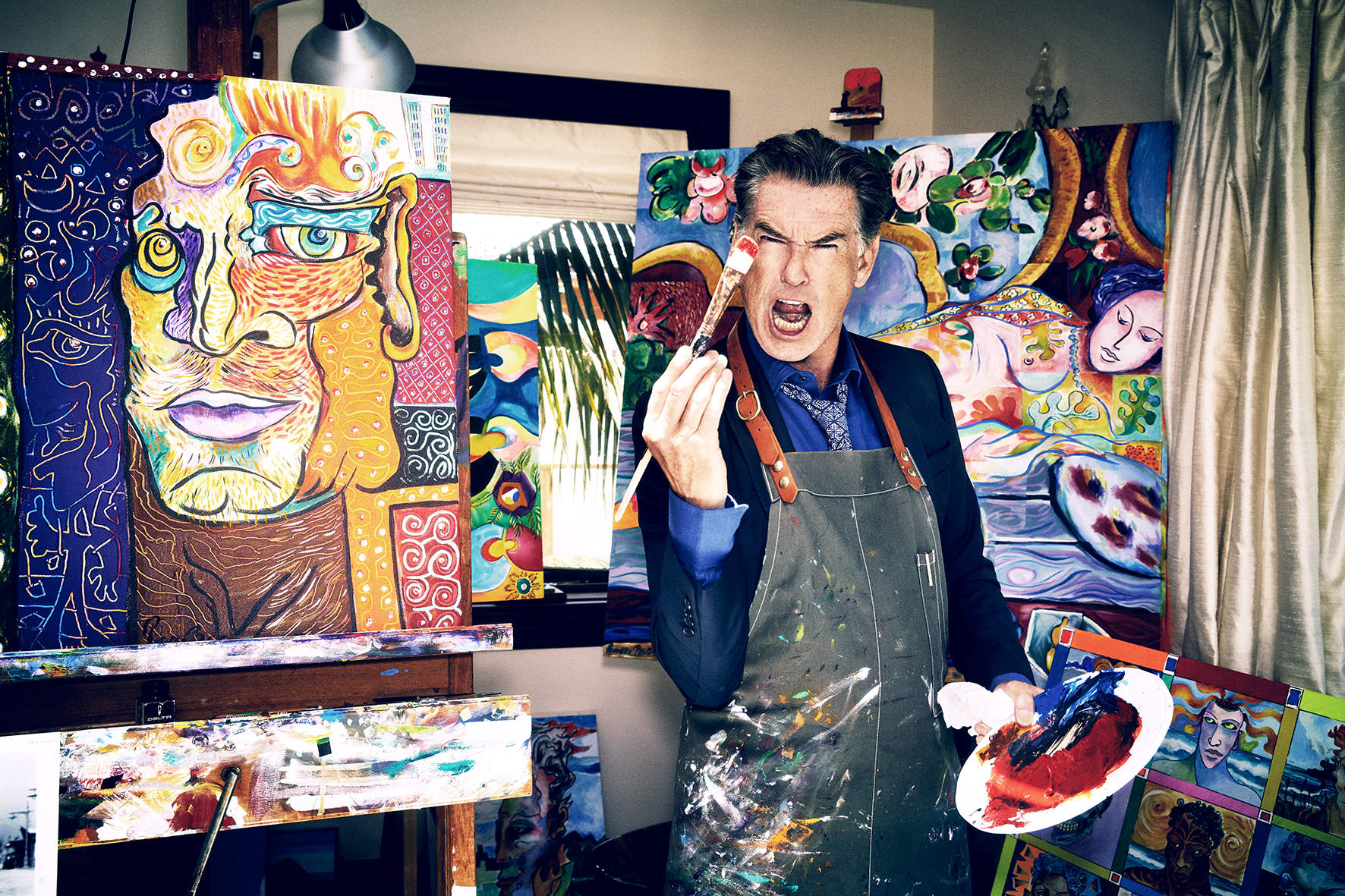 “I always wanted to be an artist, a painter. I started as a trainee artist in a small studio in South London.”


Exhibiting another side of his artistic talent, Pierce occasionally sells his original artwork and donates reproductions of his original artwork to help raise money for his favorite charities. After Brosnan left school, he pursued a career in art and began working as an illustrator. The actor, who was trained as a commercial artist, has painted numerous landscapes and abstracts as well as colorful portraits. “I always wanted to be an artist, a painter. I started as a trainee artist in a small studio in South London.” A colleague suggested that Pierce attend a theatre workshop, and eventually he abandoned his artwork to pursue an acting career. Brosnan took up painting again in the late 1980's during his first wife’s illness. “Sometimes dramatic moments affect the way you see yourself in the world." He found painting therapeutic. "I started painting again and out came every color.” Citing his influences as Picasso, Matisse, Bonnard and Kandinsky, Brosnan spends much of his free time between film shoots in front of his easel. “I am an enthusiastic painter as a friend of mine likes to say.” Some of Brosnan’s works were originally presents for his wife, Keely Shaye. The romantically titled Bisou Moi (Kiss Me) was given to Keely as a present on Valentine’s Day. The nude woman standing next to yellow daffodils she had gifted him. Fiji, which was painted for Keely in 1995 over the Christmas holiday, is a landscape view from the island of Wakaya. Profits from the sale of the Giclee prints are given to the Brosnan Trust, which distributes money to environmental, children’s and women’s health charities.